One evening in 1983, after Davis finished playing a piano gig with his band in the Silver Dollar Lounge, a white man approached Davis and commended him for playing piano so well. He stated, “This is the first time I heard I ever heard a black man play piano like Jerry Lee Lewis.” He preceded to invite Davis to share a drink with him leading them to have a conversation about music. As the conversation progressed, the white man mentioned that this was the first time he’s ever sat down with a black man. Curious as to why this was the case, Davis questioned the white man, who revealed to Davis that he was a member of the KKK.

Years later, Davis became fascinated with the study of racism and decided to contact the white man who came to his shows, but had since been kicked out of the KKK. Davis wanted to meet with the Grand Dragon, the state leader of the KKK of Maryland, Roger Kelly. His secretary was able to set up an interview with Kelly in a motel but she purposefully withheld that Davis was black until they met. ​​​​​​​

"Who better to ask that question than someone who would go so far as to join an organization that has a hundred-year history of practicing hating people that do not look like them and who do not believe as they believe."
~ Daryl Davis

Interview with the Grand Dragon

When Kelly and his armed bodyguard arrived at the motel, they were shocked, expecting a white man. Davis welcomed them and they started to have dialogue about various racial issues, sharing their different perspectives about race. About an hour in the interview, there was a strange noise coming from the room. As the room got tense, both men became nervous and suspectful of the other person planning something harmful, but it was revealed that an ice bucket had created the sound. When they realized this, they were amazed at how the situation could become violent because of a sound that violated their comfort zone. Soon after their meeting, Roger Kelly was voted the Imperial Wizard for the KKK, a national leader. 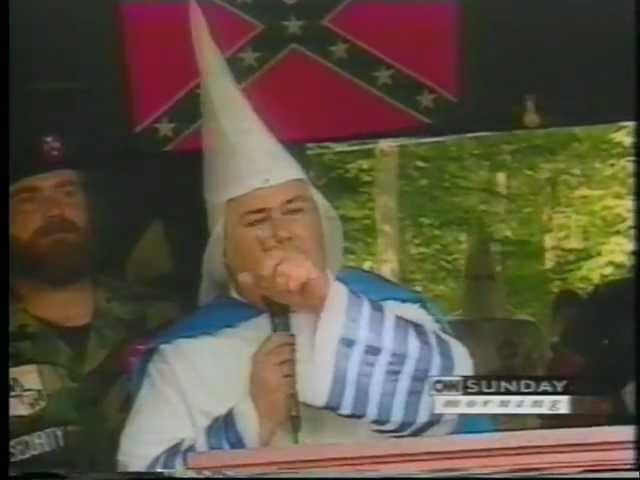